Above, the Stoneleigh Hotel (originally known as the Stoneleigh Court Apartment Hotel) in 1923, in its final weeks of construction. When the Stoneleigh opened in October, 1923 at the corner of Maple Avenue and Wolf Street, it was a swanky apartment house, with hotel amenities. Thankfully, the Frank J. Woerner-designed building still stands and remains a lovely building.

Below, an early ad (click to see a much larger image of the illustration on its own). 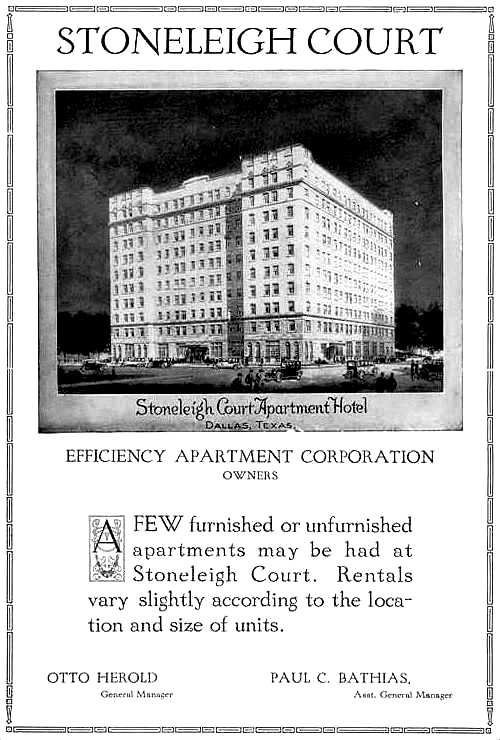 And, of course, the obligatory postcard in which the building looks familiar, but which its surroundings seem somewhat … romanticized. 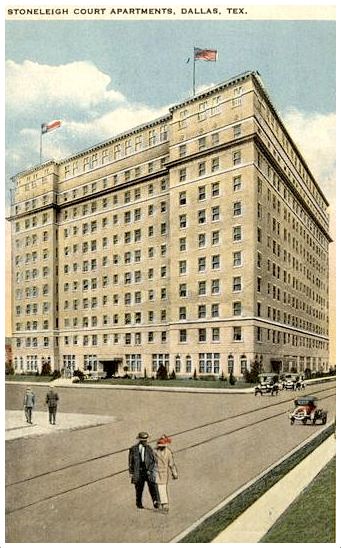 Photo of the building nearing the end of its construction is from the application to the National Register of Historic Places, which can be found in a PDF, here. (Dallas Historical Society photo.)

Ad is from the 1924 Terrill School yearbook.

Not sure what an “apartment hotel” is? See Wikipedia, here.