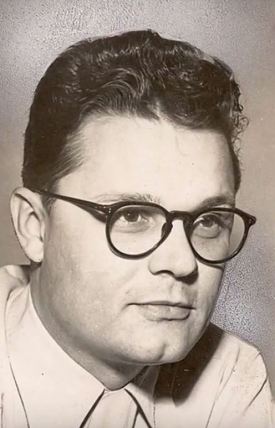 Legendary sportswriter Blackie Sherrod died yesterday at the age of 96. My father was not a follower of sports, but I remember he read Blackie Sherrod’s columns because, along with other great, larger-than-life, and exceptionally talented DFW sportswriters such as Bud Shrake, Dan Jenkins, and Gary Cartwright, Blackie was — for want of a better word — a “literary” journalist whose style transcended his subject matter. His writing appealed to everyone who enjoyed and appreciated well-written and caustically funny forays into, around, over, and under the world of sports. Sports fans — and other sportswriters — loved the guy. And so did everyone else.

In the December 1975 issue of Texas Monthly, Larry L. King (forever known as the man who made more money from the best little whorehouse in Texas than any of the girls who plied their trade there) wrote a fantastic profile of Blackie (“The Best Sportswriter in Texas”), in which he described Blackie Sherrod as being “the most plagiarized man in Texas.” Sportswriters around the state routinely stole all of Blackie’s best lines and inserted them, unattributed, into their own columns. King himself admits he was one of the worst offenders. The lengthy profile is great. Great. Read it here.

Several of Blackie’s Sherrod’s books can be purchased online, here.

Moments after I posted yesterday’s photo of the Dallas Times Herald lobby, I read that Blackie had died. He must have walked through that lobby thousands of times. That was an odd bit of synchronicity.

See an early photo of Blackie with his famed co-workers in the post “Legendary Sports Writers of the Fort Worth Press — ca, 1948.”