Time for another year-end collection of miscellaneous bits and pieces that don’t really belong anywhere, so I’m compiling them here in a weird collection of stuff. Enjoy! (Most clippings and photos are larger when clicked.)

Above, Wigton’s Sandwich Shop, owned by Charles J. Wigton. It looks like it was located near the dreaded East Grand-Gaston-Garland Road intersection. I found one listing in the 1932 city directory for this little “soft drink stand” which also served as the residence of Mr. and Mrs. C. J. Wigton. (Found on Flickr.)

You know, you just don’t see colors like “scared mouse,” “subdued moonshine,” and “sunset in Egypt” anymore. Pity. (Ad for A. A. Pearson’s millinery house.)

“All those who are indebted to me for dancing lessons, MUST POSITIVELY SETTLE UP. I mean what I say.” Do not mess with dancemaster Howard. (I’m actually a little shocked someone was offering dancing lessons in Dallas, which, in 1859, was podunker than podunk.)

This is the only photo I’ve been able to find of Debonair Danceland (what a great, great name for a club). Depending on whether you were a regular, the adjectives generally used to describe the legendary dancehall are either “notorious” or “beloved.” It opened in 1967 and closed in 1995. As Bill Minutaglio wrote in The Dallas Morning News, it was “one of Dallas’ last rough-hewn links to the brawny honky-tonk highway” (DMN, July 25, 1995). It certainly had a colorful life. For starters there was a “suspicious” double bombing that ripped the place apart in 1968 (I don’t know if the photo in the ad above shows the place pre- or post-blast). There was a lot of … um … “activity” that went on at Debonair Danceland over the years which kept police-beat reporters busy. It was also apparently quite popular with bored housewives who tippled away their afternoons. (See a not-very-clear-but-at-least-larger grainy image of the photo in the ad here.)

The Chas. F. Weiland Undertaking Co. was one of the city’s top funeral homes. They really promoted the fact that they had a “licensed lady embalmer” — I suppose some people preferred to have their mothers and other dearly beloveds tended to by a woman.

Maybe even go cold turkey and completely ditch the head cheese for a diet consisting solely of “a salad of herbs.”

“The Dallas Herald is out of paper. It comes to us this week printed on wrapping paper. It is rather hard to read….”

I’m sure there is an interesting and most likely embarrassing story behind the implementation of this new police regulation.

Go to the M. O. Robertson, the expert horseshoer who will not fail to give satisfaction. Because all those others? They’re gonna fail. Not “if” but “when.”

The sensation generated by seeing an ad with the words “oyster” and “ice cream” next to each other — cheek-by-jowl, as it were — is not a pleasant one. 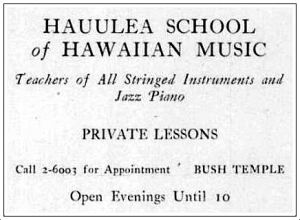 Who knew? Ukulele-mania was alive and well in Big D in the ’20s.

A little tidbit on the history of commercial fashion illustration in Dallas, from a Sanger’s ad celebrating the company’s Centennial.

Another Sanger’s ad. This one with a, let’s say “more populist” example of the store’s fashion-illustration chops. 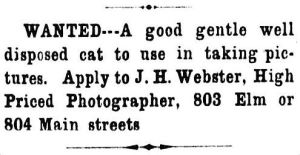 Okay, I’m a sucker. I love cats, and I love self-proclaimed “high-priced photographers.” Ergo, I must love this ad. I do. Seems like a good time to share a couple of 19th-century photographs of cats. 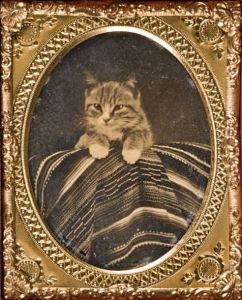 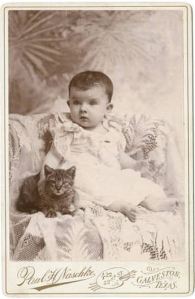 Dallas Herald clippings are from the Texas Digital Newspaper collection provided by UNT to the Portal to Texas History; you can peruse many scanned issues of The Dallas Herald (not to be confused with the later Dallas Times Herald) here.

“Cat Posed with Mexican Serape” is a cased ambrotype from the Lawrence T. Jones III Texas Photographs collection, DeGolyer Library, Central University Libraries, Southern Methodist University; more details on this photo can be found here. The article “Everyone Loves the Cat!” can be read on the SMU CUL blog “Off the Shelf,” here.