A Few Photo Additions to Past Posts — #8

Time for a few more newly-stumbled-across bits and pieces to add to old posts.

Below, the aftermath of the 1957 tornado that hit Oak Cliff, with the damaged Kessler Theater in the center. This detail of a larger photo has been added to “Back When the Kessler Couldn’t Catch a Break — 1957.” (Source: Squire Haskins photograph, from the University of Texas at Arlington Libraries — the full very large photo can be seen by clicking the thumbnail image here.) 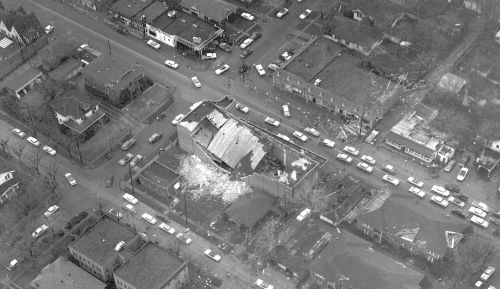 This 1956 photo of the small Statue of Liberty replica presented to the State Fair of Texas by the Boy Scouts of Circle Ten Council on July 4, 1950 has been added to “Fair Park’s Statue of Liberty.” (Source: eBay)

This ad for radio stations WFAA/KGKO is being added to the post “WFAA & WBAP’s Unusual Broadcasting Alliance.” (Source: 1941-42 Texas Almanac, via the Portal to Texas History)

This postcard showing the famous Wilson & Co. Clydesdales has been added to “Wilson & Co., Their Clydesdales, and the Dallas Jaycees’ Safety Committee — 1951.” (Source: eBay) 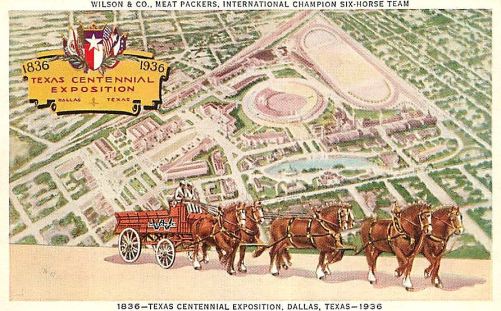 This photo of Station No. 11 at Cedar Springs and Reagan (which opened in 1909 and is still in operation!) has been added to “No. 4 Hook and Ladder Company, Oak Lawn — 1909.” (Source: The Man in the Leather Helmet, A Souvenir Booklet of The Dallas Fire Department, 1931, via the Portal to Texas History) 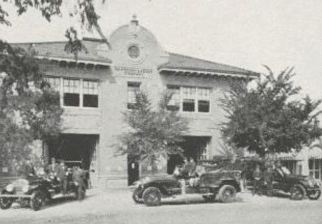 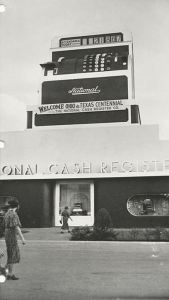 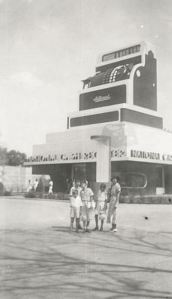 This photo of Jack Gardner and His Orchestra has been added to the post “‘Meet Me In Dallas’ by Jack Gardner (1915).” (Source: I neglected to note the source and have forgotten!)

This 1969 ad for the “casual dining” Tex-Mex restaurant opened by singer Trini Lopez on Mockingbird Lane (across from the old Dr Pepper plant and a couple of doors down from Roscoe White’s Corral) has been added to “Trini Lopez: Little Mexico’s Greatest Export.”

And, lastly, it’s just a tiny addition, but I really like the logo featuring a football helmet; I’ve added it to the post about the Dallas company behind the development of the athletic face mask, “The Marietta Mask.”

One Comment to “A Few Photo Additions to Past Posts — #8”