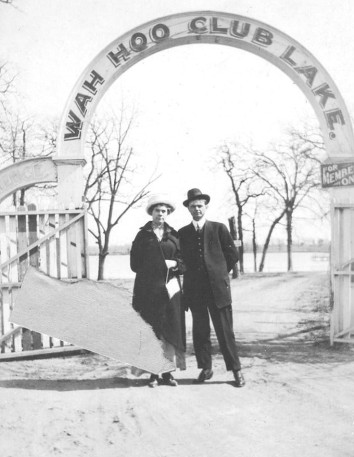 Here are several images, most in varying degrees of low resolution. I don’t know what else to do with them other than post them all together, randomly. No research. They’re just HERE! Enjoy!

Above, a handsome couple posing under the entrance to Wah-Hoo Club Lake (I’ve seen it more often spelled “Wahoo” — south of Fair Park).

Speaking of Coke, here are some Keen folks, standing on the steps of the Jefferson Hotel (Union Station is out of frame to their right).

A couple of blocks away, the Old Red Courthouse, seen here from an unusual angle — looking toward the northwest (postcard postmarked 1908).

This is a super low-resolution image, but I’ve never seen it before, so, what the heck: I give you a fuzzy Jackson Street looking northeast (postmarked 1907).

The “new” Post Office and Federal Building at Bryan and Ervay (postmarked 1964). 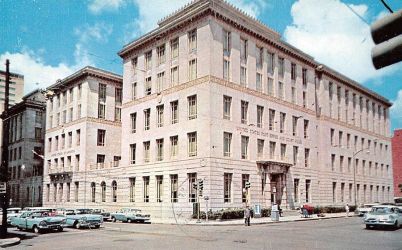 A jog over to Oak Cliff — here’s a horse-drawn hearse.

Up to Preston and Royal (northeast corner, I think) — a Mobil station. 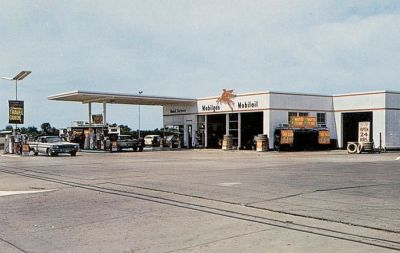 Even farther north, LBJ under construction, looking west at the intersection with Central (1967). (Can’t pass up the opportunity to link to one of the most popular photos I’ve ever posted which shows what is now LBJ and Valley View in 1958 — nothin’ but farmland.)

And, lastly, my favorite of these miscellaneous images: the 2200 block of 2nd Avenue (from about Metropolitan — a couple of blocks south of Fair Park). This part of town used to be really interesting. Unfortunately, it looks nothing like this now (see it on Google Street View here). This is a screenshot from the KERA-produced documentary “South Dallas Pop” (which you can watch in its entirety here).

All images found on eBay except for the following: Preston-Royal Mobil station, from Coltera’s Flickr stream; LBJ photo from Red Oak Kid’s Flickr stream; and the photo of 2nd Avenue, which might be from the collection of the Dallas Public Library.