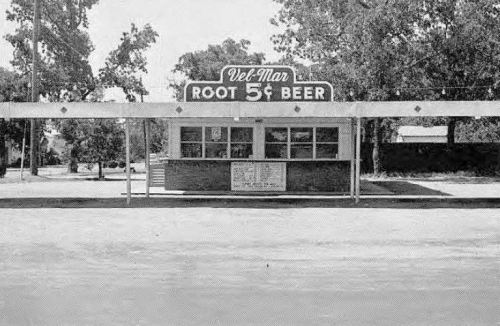 Here are a whole bunch of ads for Pleasant Grove dining establishments, most with photos, thanks to the intrepid advertising staff of the yearbooks of H. Grady Spruce High School and W. W. Samuell High School. (Most ads are larger when clicked.)

You gotta start with Dairy Queen. I’m not sure how many DQs were in the Pleasant Grove area, but here are a couple. 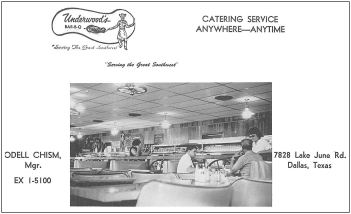 Apache Drive-In, 316 South St. Augustine. “Around the Bend to the Apache Den.” (The Spruce High School mascot was the Apache.) 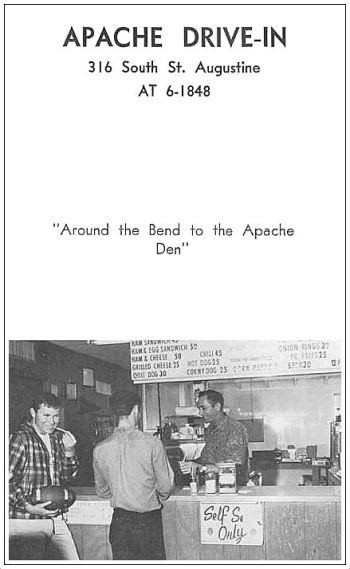 El Charo, 263 Pleasant Grove Shopping Center. The owner of this Mexican restaurant in the first ad (from 1958) is Mona Parish, whose husband Carl “Jake” Parish had died the previous year. From 1959, the owner was Marion Martinez, whose son, Mariano, went on to great acclaim with his own restaurant where he invented the frozen margarita (based on his father’s margarita recipe). The younger Martinez almost certainly worked at this Pleasant Grove restaurant. 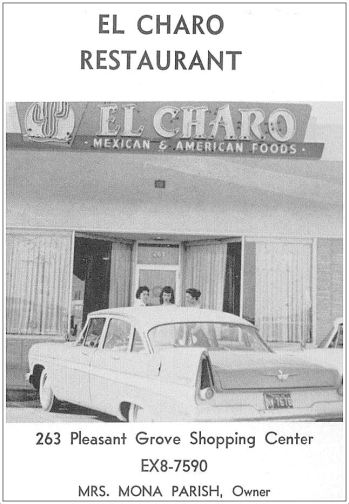 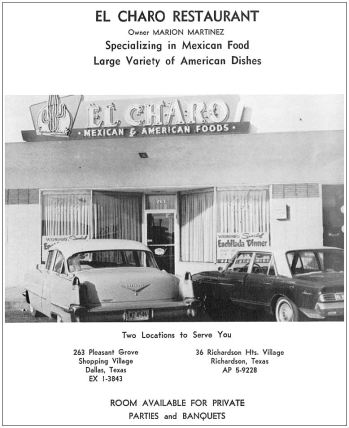 I have to admit, I’d never heard of the Vel-Mar drive-in, located at 8516 Lake June Rd., but I understand it was something of a Pleasant Grove fixture during the 1950s, ’60s, ’70s, and into the ’80s. According to a newspaper article which chronicled the history of the Vel-Mar and its then-recent sale by Robert Schweder to James and Sharon Harris (“Drive-In Shrine Alive and Well” by Steve Blow, Dallas Morning News, June 15, 1980), the small chain of root-beer-stand drive-ins was founded by three couples — including a Velma and a Marie (the third, Thelma, wasn’t lucky enough to get her name into the business name). Eventually, the Pleasant Grove location was the last remaining Vel-Mar. 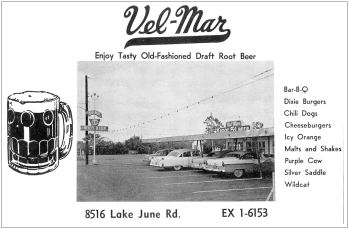 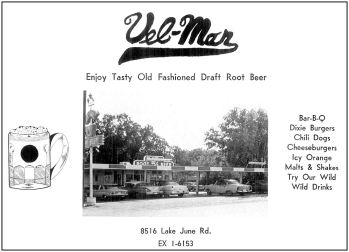 All ads from the yearbooks of H. Grady Spruce High School and W. W. Samuell High School (unless otherwise noted).