The Adolphus & Its Annex 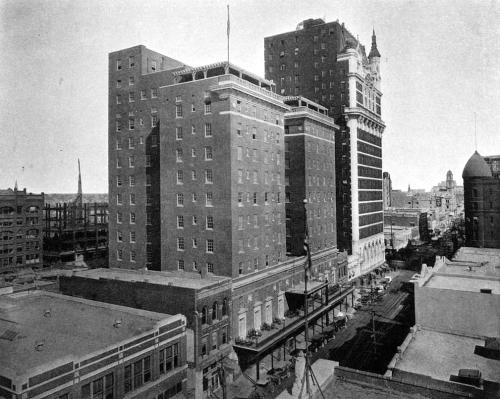 The Adolphus Hotel and its annex, circa 1922 (click for larger image)

Built in 1912, the ornate and luxurious Barnett, Haynes, and Barnett-designed Adolphus Hotel (which was modeled on/inspired by the Plaza Hotel in New York) quickly became THE hotel in Dallas. It was so successful that in only four years an expansion was already underway. The 12-story “Annex” (seen above, just to the left of the original building) was designed by preeminent Dallas architects Otto Lang and Frank Witchell. The so-called “Junior Adolphus” was built around 1916/17 and added 229 rooms to Dallas’ most glamorous hotel. A third addition (“Adolphus III”) came along in the 1920s.

Below, a few views of the Adolphus complex at different stages of its growth. (Click photos for larger images.) 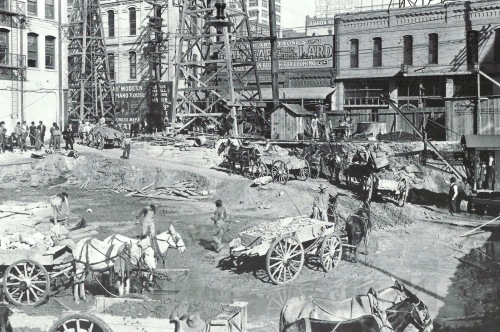 Built at the northwest corner of Commerce and Akard streets, the Adolphus Hotel was built on the spot previously occupied by the City Hall. This photo, looking northeast, shows the site’s excavation by Vilbig Brothers Construction. 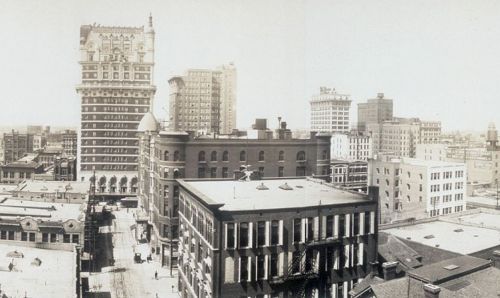 In this detail from an April 1913 panoramic photograph of the city’s skyline, the Adolphus can be seen just six months after its opening at the end of 1912. (A previous post devoted to the full panoramic photo can be accessed here.) The Oriental Hotel, with its rounded topknot, can be seen across Commerce from its sister hotel (both were built by beer king Adolphus Busch). Seen in the background is the Praetorian Building — once the tallest structure in Dallas (it is the tall building, second from the right). 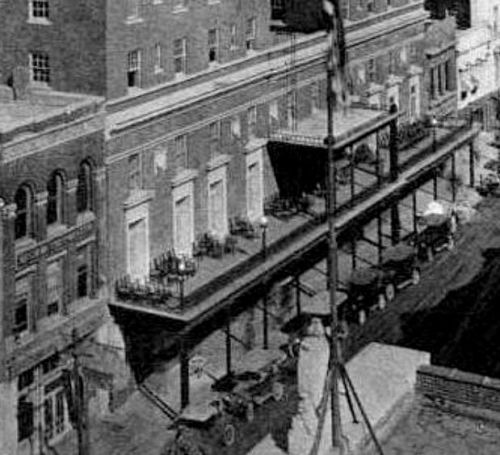 The the Lang & Witchell-designed annex came along around 1916/17 (see top photo). My favorite detail is what looks like an open-air terrace, with tables and chairs, overlooking Commerce Street. 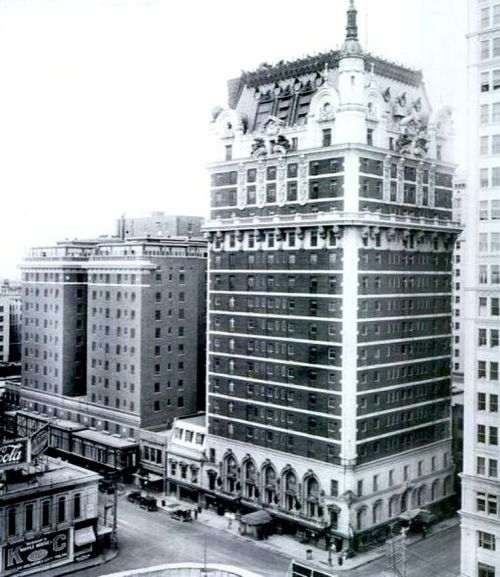 Another view, showing the hotel and annex in 1924. 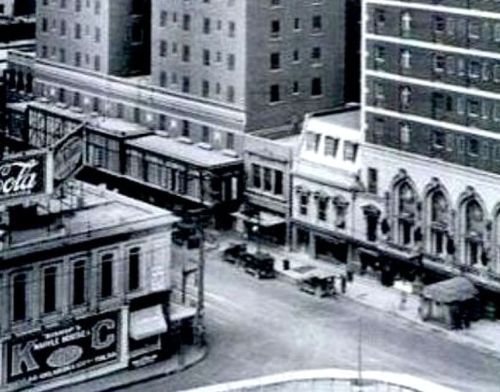 A closer look shows that the terrace is now enclosed. 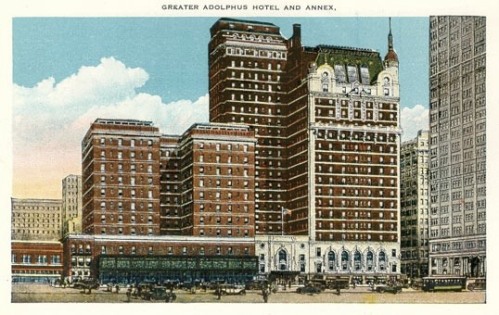 A few years later, a further, taller addition was built.

Top photo from the 1922 Yearbook of the Dallas Architectural Club.

Photo of the excavation from Dallas Then and Now by Ken Fitzgerald (San Diego: Thunder Bay Press, 2001); photograph from the Texas/Dallas History and Archive Division of the Dallas Public Library. A similar photo can be seen on the fascinating history page of the Vilbig & Associates website, here.

Photo of the Adolphus with the Coca Cola sign in the lower left from Historic Dallas Hotels by Sam Childers (Charleston: Arcadia Publishing, 2010). The author’s extremely informative caption can be read here.

See a wonderful pictorial history of the Adolphus Hotel on the Dallas Morning News website here.

The official website for the Adolphus Hotel is here.