A Few Photo Additions to Past Posts — #2 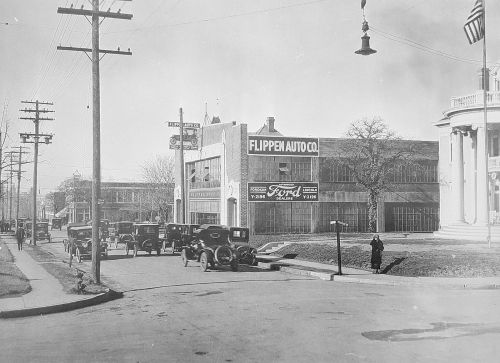 Looking west on Ross from Harwood (click for larger image)

I have so much stuff crammed into overflowing digital files that it’s a bit overwhelming. Time to chip away at some of these odds and ends. Here are a few photographs that I am adding to previous posts.

The photo above shows Ross Avenue from N. Harwood. The Flippen Auto Co. and the former Conway house once stood on land now occupied by the Dallas Museum of Art. I’ve just added this to my post “The Beginning of the End of Ross Avenue’s Downtown Mansions — 1925.” (Photo from The Park Cities, A Photohistory by Diane Galloway.)

This view of Elm Street has been added to “Elm Street, Looking West From Griffin.” (Photo from the University of Texas at Arlington Special Collections; link here.)

A Pinterest board maintained by the DISD allowed me to grab this not-great-but-still-better-than-I’ve-been-able-to-find-elsewhere photo of my grade school alma mater, Stonewall Jackson. My favorite hard-to-see detail is the Piggly Wiggly grocery store in the distance. This is where my family shopped. I can still remember the layout of the inside of that store at Mockingbird and Matilda. I’ve added this photo to my 2014 post “Happy 75th Anniversary, Stonewall!” 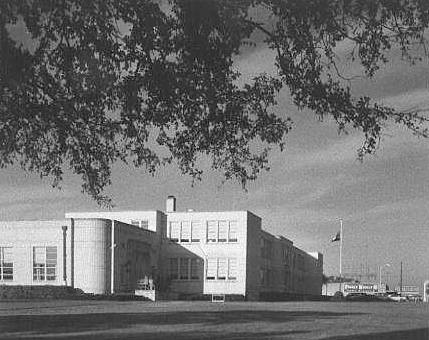 Another image I found on some random Pinterest page while looking for something else, is this Neiman-Marcus postcard, one of several promotional cards. I’ve added it to two others in the post “Luncheon at The Zodiac Room, Darling.”

This is a fantastic photo of the somewhat notorious Zoo Bar on Commerce Street, taken by Dallas Times Herald photographer Bill Bell on November 22, 1963, at the end of an exhausting day following the Kennedy assassination (photo from the Sixth Floor Museum Collection, Portal to Texas History, here). I have added this photo to the post “Gene’s Music Bar, The Lasso Bar, and the Zoo Bar.”

I’ve added this photo of the Oak Cliff streetcar stop at E. Jefferson Blvd. and Addison St. to the post “Waiting on a Streetcar on a Sunny Winter Day in Oak Cliff — 1946.”

I’ve added the photo below (from Diane Galloway’s The Park Cities, A Photohistory) to the post “An Afternoon Outing with SMU Frat Boys and Their Dates — 1917.” I’m not sure why this group of young people was photographed so extensively that day, but I really love this series of photos.

And, lastly, I’ve added this photo to a post from a just a few weeks ago — “‘Greetings From Dallas, Texas’ — 1955.”  This was one of those strange posts that ended up taking on a life of it own across the internet, with people arguing vehemently for and against whether the photograph on a postcard was actually taken anywhere near Dallas. Somehow The Dallas  Morning News got ahold of it and published an online article about it. That was weird enough, but then it actually appeared in the newspaper itself! Ha!