The Prelude to the Great Flood of 1908

The greatest flood Dallas has ever known — the disastrous flood of 1908 (read about it here) — happened in the spring of 1908. The Trinity River reached its highest crest of more than 52 feet on May 26. The photo above was taken on April 20 — five weeks before that.

On April 20, 1908 — the day this photo was taken — The Dallas Morning News reported that after three weeks of rain the Trinity had finally crested at “nearly 39 feet.” This flooding was the worst in 20 years and the third worst on record.

In a mere five weeks, though, every record regarding the Trinity River and flooding in Dallas would be broken. Those people who had ventured out to survey the river from the Commerce Street Bridge that April day had no idea what was in store for them in just 35 days.

Let’s zoom in on this photo and look at some of the details of the crowd and the bridge (all images are larger when clicked). 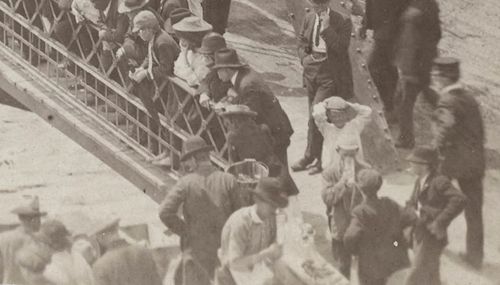 Above: are refreshments being sold? 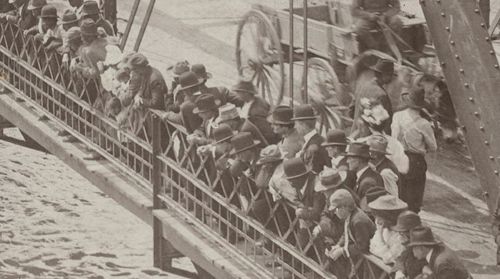 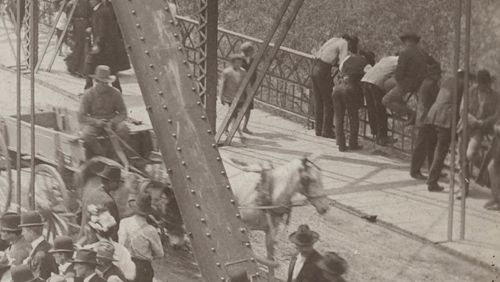 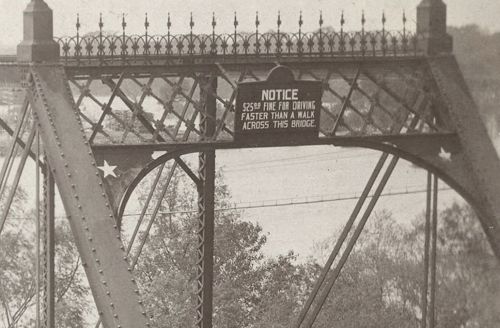 “NOTICE: $25.00 FINE FOR DRIVING FASTER THAN A WALK ACROSS THIS BRIDGE.”

The editorial cartoon below appeared on the front page of The Fort Worth Telegram next to a story with the headline “Dallasites Flee Flooded Homes; River is Rising.”

In May, this photo (by Henry Clogenson) showing “Highest Water in the History of Dallas” appeared in The Dallas Morning News:

For comparison, here’s the bridge at a calmer time: 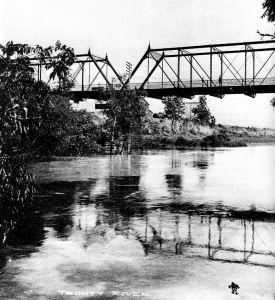 Flood memorabilia? Check out the book and stationery department at Sanger Bros. 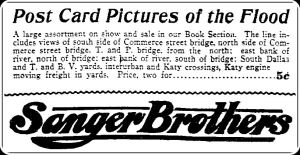 The wide-angle photo of the Commerce Street Bridge, taken by Henry Clogenson, is from the Library of Congress, here.

“Calmer” photo of the Commerce Street Bridge is from the Fall, 1995 issue of Legacies, from the article “Bridges Over the Trinity” by Mary Ellen Holt.