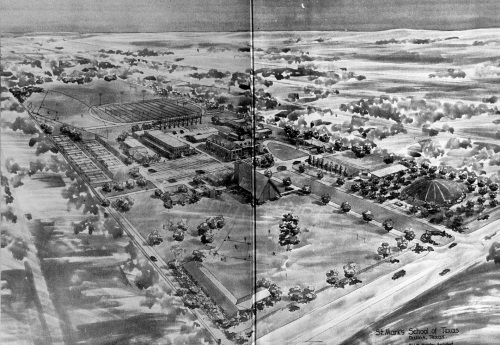 Rendering of the campus by architect Hal M. Moseley, from the 1960 yearbook

St. Mark’s School of Texas, the prep school for boys in North Dallas (10600 Preston Road, south of Royal Lane), has been one of the city’s finest educational institutions for decades. It opened in 1950 after the merging of the Cathedral School for Boys and the Texas Country Day School, both of which traced their roots to the legendary Terrill School, founded in 1906 (see the St. Mark’s timeline on the school’s website here).

Below are a few aerial photos of the ever-expanding campus from the 1960s. (Above is a drawing of the grounds by architect Hal M. Moseley from the endpapers of the 1960 Marksmen, the St. Mark’s yearbook.)

In 1965, plans had been drawn for expansion and renovation. Five of the existing structures would be renovated, and a new gymnasium and “individual study center” (including a 50,000-volume library) would be constructed: 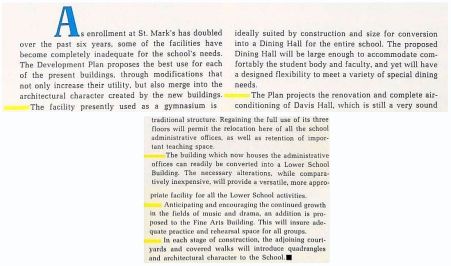 Two photos from 1966, with the caption “before the building of the new library and study center”: 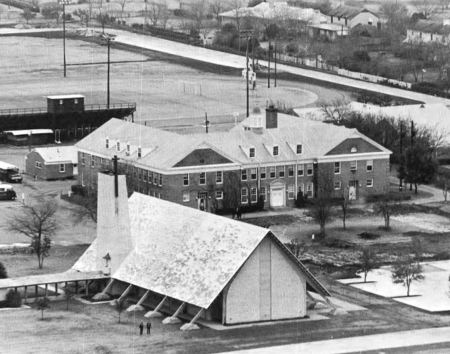 And a rather haphazard editing of mismatched endpaper photos from 1968: 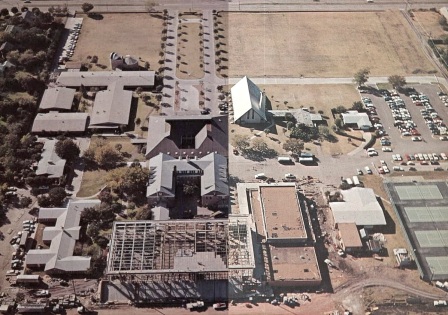 All images are from various editions of Marksmen, the St. Mark’s yearbook.

More about St. Mark’s School of Texas can be found at Wikipedia, here.

Other St. Mark’s-related Flashback Dallas posts can be found here.