A Few Photo Additions to Past Posts — #16

Natatorium habitués… (via Texas Swimming and Diving Hall of Fame)

Time for more cleaning-out of bulging digital files — to keep everything together, I’m adding recently-found images to old posts.

First is the GREAT postcard above which shows some healthy patrons of the Gill Well Natatorium (once located along Maple Avenue, between the MKT tracks and Reverchon Park). I’ve added it to the post “The Gill Well,” which remains one of my favorite Flashback Dallas posts. Many thanks to Charles Logan, the curator of the Texas Swimming and Diving Hall of Fame, who shared this item from their collection.

This William Langley photo of two softball players and has been added to the post “Girls’ Softball in Dallas, Hugely Popular,” which is among my favorites, if only because it contains the list of names of players from the 1943 league championship team, the Metzger Dairy Maids — lest we forget: Tinker Tarker, Mutt McFanning, and Pud Adams. (Source: Birdville Historical Society, via Portal to Texas History) 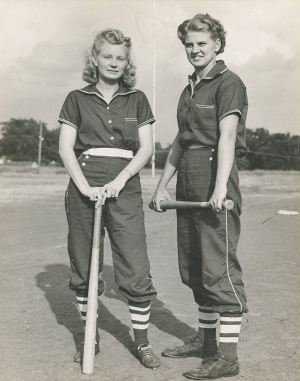 Added to “The Dunbar Branch: Dallas’ First Library for the African-American Community, 1931-1959” is the ad below which features an, admittedly, super-grainy photo — but I was excited to stumble across it, so in it goes! (Source: 1958 Lincoln High School yearbook — the year before the library closed)

This 1921 ad for the Oriental Art Co. has been added to “‘Enemy Aliens’ and the WWII Internment Camp at Seagoville,” (I didn’t know there were internment camps in Texas — much less that there was one in Dallas County! — until I wrote this post in 2017.) The owners of the Oriental Art Co. — longtime residents of Dallas — experienced both racial prejudice as well as an outpouring of community support during World War II.

I don’t usually post watermarked photos, but I’ve got a ton of Texlite-related images in the post “Texlite, Borich, Pegasus,” so why not this circa-1930 photo? Texlite was the Dallas neon-sign-maker-supreme responsible for, among many dazzling creations, the Flying Red Horse atop the Magnolia Building. (Source: Dallas Public Library, Call Number PA87-1/19-59-36) 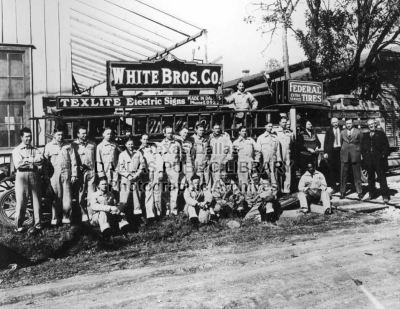 This 1967 Christmas-season ad (which is somehow devoid of exclamation marks) (…we’re not talking Nutcracker here…) has been added to a post with perhaps my lengthiest title, “The Lighthouse Church That Warned of Sin’s Penalty with a Beam of Blue Mercury Vapor Shot Into the Skies Above Oak Cliff — 1941.” 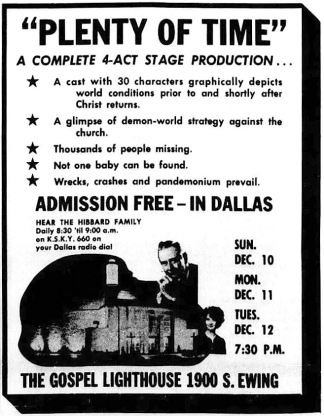 This photo has been added to “Teatro Panamericano/Cine Festival — 1943-1981” — it shows the Dallas Little Theatre before it became a Spanish-language theater and, later, an underground arthouse. (Source: DeGolyer Library, SMU)

And lastly, a couple of postcards showing the super-cool lighting display at the Texas Centennial/Pan-American Exposition (featuring the Hall of State and the Administration Building at Fair Park) have been added to “Albert Einstein ‘Threw the Switch’ in New Jersey to Open the Pan-American Exposition in Dallas — 1937.” (Source: Baylor University Flickr stream and eBay)