From Blacksmithing to Auto Body Repair: A Guy Who Knew How to Change With the Times 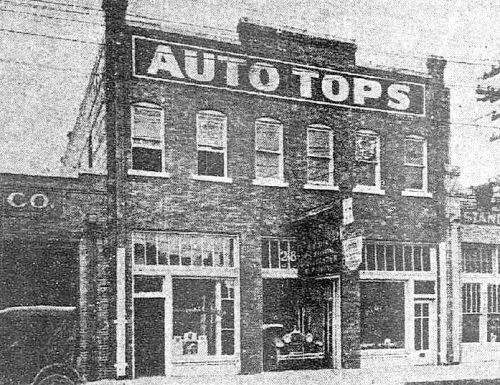 The building seen above in a photo from the 1920s is still standing on Main Street in Deep Ellum — and it still looks very much the same. It goes back to at least the 1910’s and has most recently been an art gallery/production studio; when I went to see a gallery show there several months ago, I was almost more interested in the building than in the art. It’s pretty cool.

The building has housed a lot of automotive-related endeavors over the years, including, the Palace Shop, a business which originally started out as a blacksmith shop in 1889 (in a different location — at what is now Commerce and Lane). 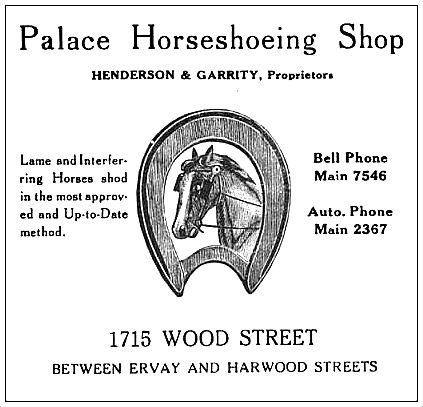 As the horse-shoeing business began to slack off, the owner — an early automobile enthusiast named Gus Henderson, Sr. — shrewdly made the transition from blacksmith to auto body repair guy. His business expanded and he made the move to Main Street.

Below is what the building looks like today, still pretty much the same. The word at the top is “springs” which can be explained by there having been a “spring specialist” at that address for several years (the Carlton Auto Spring Co., later bought out by the Standard Spring & Axle Co.), but I’m not sure what the “Carson” refers to — anyone know? (Should it be “Carlton”?) 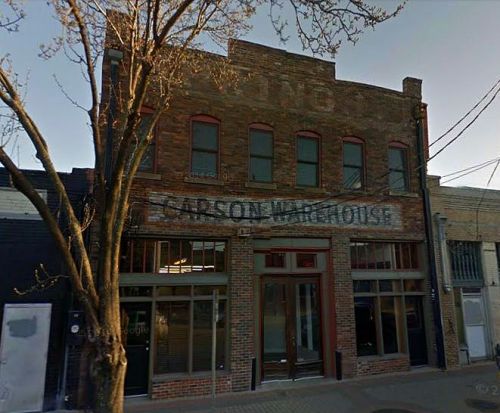 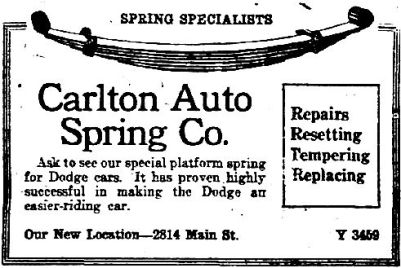 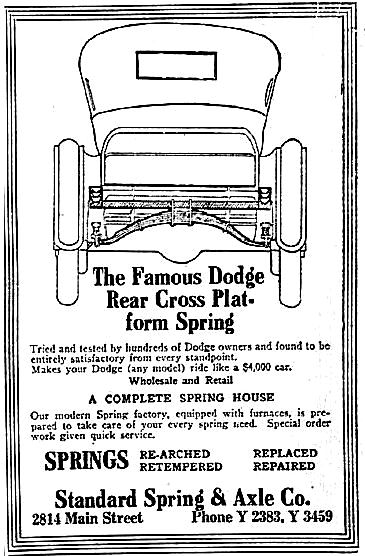 I’m always happy to see these old buildings still in use a hundred years after they were built — a sad rarity for Dallas. Thank you, Deep Ellum!

The often-unreliable Dallas Central Appraisal District info has the construction date of the building as 1913. The earliest business I can find at that address is something called Star Manufacturing Co. — in business there in 1915. (The city’s street numbers were changed in 1911, so it’s difficult to pinpoint what was in that location previously — the street numbers in that block of Main Street would have been between 744 and 774, per the 1909 Worley’s directory.)