About this time last year, Robert Wilonsky of The Dallas Morning News wrote an interesting article about a black-out imposed by the city of Dallas in January, 1942, just a few weeks after the attack on Pearl Harbor. In the middle of it, he linked to a diary entry written by a 14-year-old describing the event. For me, the most interesting thing about Wilonsky’s piece was the fact that someone had transcribed diary entries of a teenage girl growing up in Dallas in the 1940s. So I read the whole thing. And I loved it.

The teenager in question is Muriel Windham (1926-2005) who grew up in Oak Cliff and attended Peeler Elementary, Greiner Jr. High, and Sunset High School. She was a top student who was involved in lots of extracurricular activities, but her greatest joy was going to the movies and listening to comedians on the radio. She was absolutely obsessed — OBSESSED! — with Bob Hope. She attended SMU where she ultimately received a Master in English Literature degree and Master in Library Science degrees; she was head of the children’s department of the Dallas Public Library (as Muriel Brown) for many years and was a specialist in children’s literature. Somewhere in there she married G. W. Brown II and had three children.

But back to the diary. After her death in 2005, Muriel’s son David began transcribing his mother’s teenage diary — exactly as written, complete with misspellings and grammatical errors. It begins on January 1, 1940 (six weeks after she had turned 13) and ends in the summer of 1942. David Brown says he has years and years worth of her diaries — I hope he gets  back to transcribing them one day, because what’s on his blog now is utterly charming.

The diary is exactly like every other teenage girl’s diary. If you’re not of the female persuasion, you might not be able to handle the deep, deep plunge into teenybopperdom. It reads just like MY diary from when I was 13, except that my obsession wasn’t Bob Hope but a TV star from a 1970s TV show that might prove highly embarrassing were it to be revealed. If you have a low threshold for incessant mentions of Bob Hope by a moony adolescent or are not at all interested in entertainment of the early 1940s, this may not be for you. As I said, I loved it. I wish there were more Dallas-specific entries, because when those pop up, it’s pretty cool.

An introduction to the diary is here. The blog is written in reverse order — and it really should be read chronologically, so I suggest starting here at the very bottom and reading up the page; when it’s time for the next page, scroll down to the bottom and click  “Next Entries.” (You’ll get used to it.) There are 8 pages, and each entry is very short. It’s the perfect sort of thing to read when you stay in on a cold weekend. …But I’m not going to sugar-coat it: there is a LOT of Bob Hope to slog through! You’ve been warned!

Muriel, 1944 — editor of the Sunset yearbook

Black and white photos are from the Sunset High School yearbook, the Sundial.

Muriel does actually get to meet Bob Hope once or twice, but the diary entries stopped before a pretty incredible meeting on April 22, 1943 at a benefit to sell war bonds at the Dallas Country Club. There was even a short article in The Dallas Morning News which chronicled what must have been the biggest moment in her 16 years: “Hope Thrills Girl As He Sells Bonds” (DMN, April 23, 1943). A couple of sentences from the article:

In the hustle and bustle of his bond sale at Dallas Country Club Wednesday afternoon a pretty, young girl shyly stepped up to Hope and caused him to sink to his knees in a swoon as she whispered she would pay $10,000 for his autograph. […] Hope treated her beautifully. He sat her down on the platform, left the mike occasionally to dash over, feel her pulse, stroke her brow and leave a light kiss on her forehead. (DMN, April 23, 1943)

I can’t even imagine how stunned Muriel must have been! (Her father worked as an executive, mostly in insurance and banking, and I have a feeling that the $10,000 check came from his employer, not his own bank account.)

Muriel’s family lived at 817 Brooks. No movie theater was all that far away by streetcar.

A few more photos as she made her way through Sunset and SMU are here. 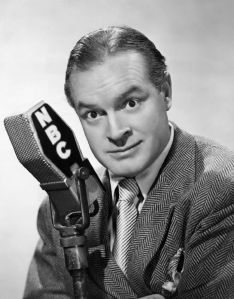