Here are a few photos from a great item found in the collection of SMU’s DeGolyer Library: a promotional booklet on the wonders to be found at the new East Dallas development called Munger Place. The photos show the construction of what would become one of the most exclusive neighborhoods in Dallas, developed by Robert S. Munger (of Continental Gin Co. fame) and his son C. H. Munger. (His son’s first name was “Collett” — as in “Collett Avenue,” which I had always thought was named after one of the elder Munger’s daughters. But it turns out that “Collett” was the maiden name of C. H.’s mother. I’ve only ever heard the street name pronounced like the woman’s name “Colette,” but I have a feeling it might have originally been pronounced as rhyming with “wallet.”) (UPDATE: According to a Munger relative, the street name *should* actually be pronounced to rhyme with “wallet.”) 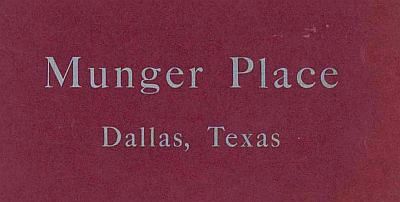 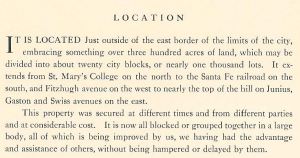 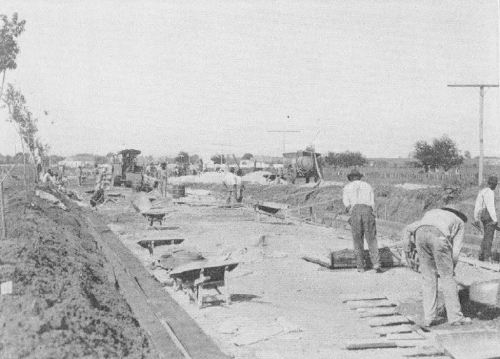 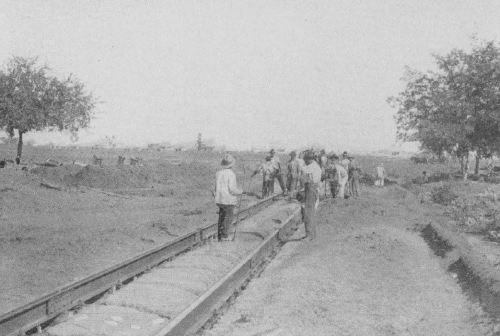 Caption: “Building street railroad.” (This appears to be Collett Avenue.)

Caption: “At work at intersection of Collett Avenue and Junius Street.”

Caption: “Gaston Avenue — looking toward the city at intersection of Collett Avenue.” (Today this intersection looks like this.)

Caption: “Swiss Avenue — this was a corn field, with barb wire fences and hedges, about a year ago.”

Map of Dallas, circa 1905, with Munger Place highlighted. 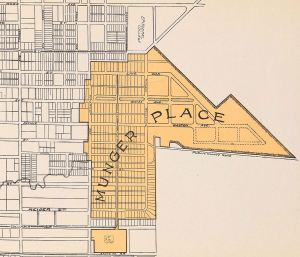 Think you might want to live in “The Place”? Here’s who you need to contact (interesting that the Walter Caruth house is mentioned here…):

Collett Henry Munger — who lived in Munger Place, at 5400 Swiss — died from a heart attack at the young age of 48. 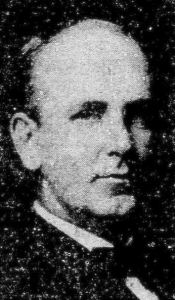 The earliest mention of “Munger Place” I found in The Dallas Morning News was this classified from May 21, 1905: 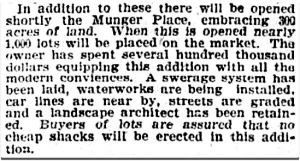 A call for “an expert landscape gardener” went out that same year: 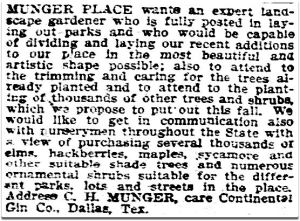 Not yet ready for lots to go on sale, the public was invited to head to East Dallas to take a look at the progress (“bring your friends and visitors to the Fair”). 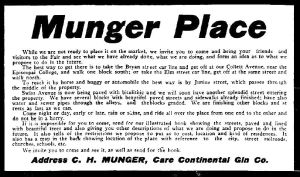 This rendering of the Swiss Avenue entrance was, interestingly, prepared by the architectural firm of Sanguinet, Staats & Hill, who designed several Munger Place residences (including Collett Munger’s).

A sort of “teaser” ad (with a great photo of the intersection of Swiss and Munger) appeared in March, 1907: 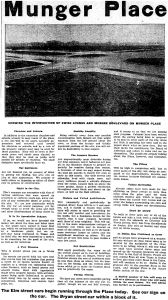 In April, 1907, it was announced that finally lots would be available for purchase (but only 40…), with big discounts for those who promised to build immediately. 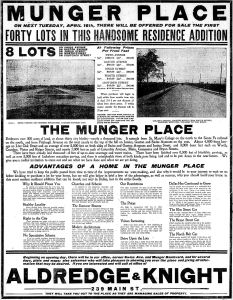 “Let it rain…. NO MUD IN MUNGER PLACE at any time.” Apparently a big selling point in 1907! 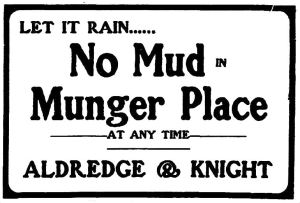 By 1909 things were really starting to come together for what quickly became one of the most exclusive (and highly restricted…) neighborhoods in the entire city. 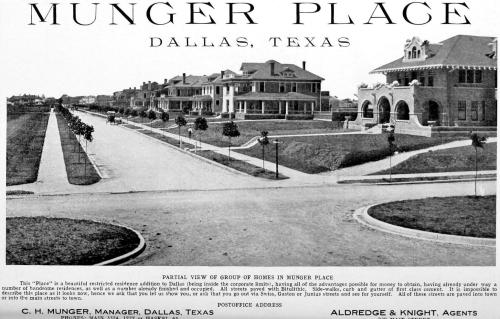 Photos of Munger Place under construction, map, and text on yellow background are from the promotional booklet “Munger Place: Dallas, Texas,” from the collection of the DeGolyer Library, Central University Libraries, Southern Methodist University; the entire booklet has been scanned by SMU and is available for free download here.

The last image is an ad from the 1909 Worley’s Dallas directory.

Read “Munger Place: Report of Nomination for Landmark Designation as a City Historic District” prepared by the City of Dallas Department of Urban Planning (1980), here.

More on Munger Place and the Munger family can be found is these Flashback Dallas posts: