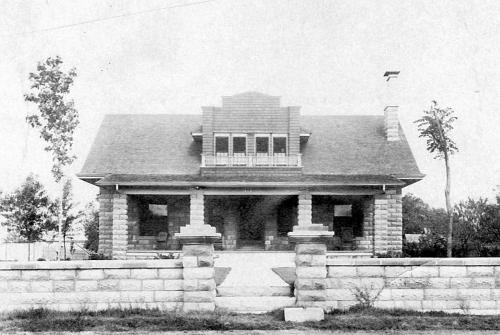 Above is a photo of a stone house which once stood at 3809 Cole Avenue, across from North Dallas High School. It was built by John H. “Jack” Cole — probably around 1880-1900 — and it was occupied for decades by family members, up until the 1960s. By the 1980s it was owned by the Southland Corp. and was ultimately torn down around 1987 or so. And it was the very first house I lived in (…briefly).

Jack Cole was one of the sons of Dr. John Cole, an important early settler who arrived in Dallas in 1843 and whose family soon owned thousands of primo acres in what is now Highland Park and Oak Lawn. 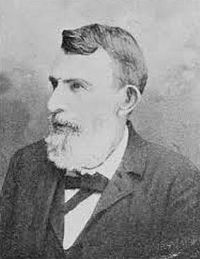 According to a great-great grandson, Jack’s farmhouse once stood on land which is now the site of Cole Park (about where the tennis courts), and his barn and stock tank were on the land now occupied by North Dallas High School. Below is a photo of the farmhouse (it looks like it might be the back of the house); built in the 1850s (and added on to over the years), it was said to be one of the first brick houses in Dallas County (Jack had his own brick kiln on the property). 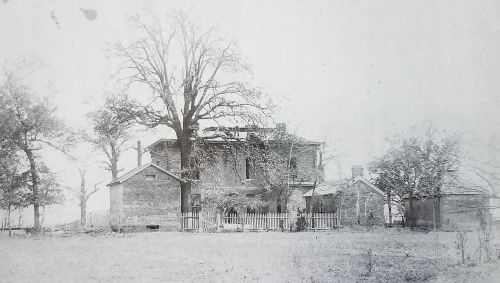 Below is the only other photo I’ve been able to find of the house — apologies for the image quality! 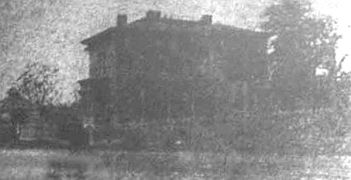 The smaller house seen at the top was located a short distance away.

At some point Jack Cole’s farmhouse and barn were torn down; the land for Cole Park was donated to the city by the family and became part of the Dallas park system in 1921, and North Dallas High School opened the following year.

The small stone house was occupied by various Cole descendants over the years, primarily the Miers and Warlick families. It was opened up to renters in the 1960s and until sometime in the late ’80s was rented as both living space and retail space.

My parents lived there only about a year. My father ran a small book business out of the front of the house, and my parents lived in the back and upstairs. The floors were brick and the walls were stone, and according to my mother, a lot of the mortar was gone and you could see outside though gaps in the walls. It was a very, very cold place in the winter. I was born during this time, and lived there for a few chilly months until we were off to someplace across town with better insulation.

I mentioned this house a few years ago in a post about North Dallas High School and a guy named Craig Thomas contacted me to tell me that he had lived in that same house in the 1980s — along with friends who were part of local bands The Plan and Luxor. They dubbed the house “Green Acres” because it was definitely something of a fixer-upper along the lines of the TV show of the same name. He even sent me a photo of the house from 1984! It looked a little tired by then, but it was close to a hundred years old by that time. 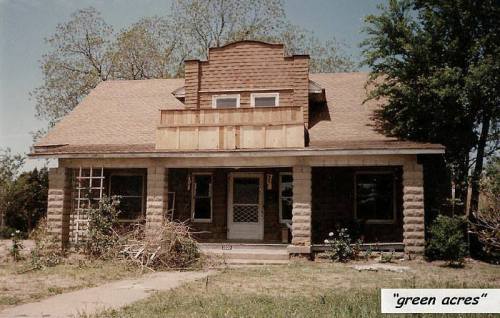 It pleases the history geek in me to know that I started out my life living in a house built by a member of one of the most important founding families of Dallas. …I sure wish I remembered it!

Top photo is from the collection of Michael Warlick, a Cole descendant who grew up in the house. (Many thanks to Danny Linn for bringing this fantastic photo to my attention!)

The photo of the Jack Cole farmhouse is from the book The Park Cities, A Photohistory by Diane Galloway, credited as coming from the collection of Bill Gillespie, another Cole descendant.

The blurry photo is from Jim Wheat’s site, here (the accompanying article is very interesting, here).

The color photo is used courtesy of Craig Thomas (whose blog is here).