My Dream House at the Greenville Avenue Reservoir 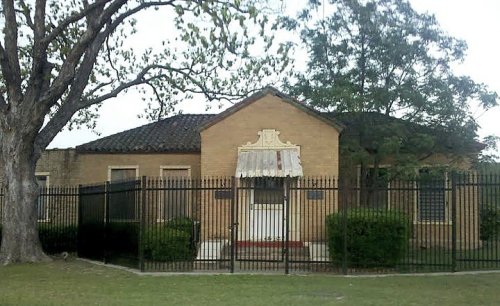 All it needs is a little paint, a few flowers, maybe some curtains…

I have  been fascinated by this little house-like structure which sits just north of the intersection of Mockingbird and Greenville my entire life. I grew up just a few blocks away, and I’ve passed this little house thousands of times. And every time I pass it, I look at it longingly, even though it’s certainly in a worse-for-wear condition. It was once (and may well STILL be) part of Dallas Water Utilities, housing machinery or equipment.

A large underground reservoir was built on 16 acres at this location in 1929 on what was then generally touted as the city’s highest point of elevation — height equal to the 20th story of downtown’s Magnolia Building, according to newspaper reports at the time. The city’s plan was that the ground above this large “suburban” outpost of the Dallas water department would eventually become a park, but, sadly, those plans never materialized.

Below are a couple of images of the little building, from a 1950s-era silent short film on the City of Dallas Department of Waterworks, from the collection of the Dallas Municipal Archives (which you can watch on the Texas Archive of the Moving Image site here) (see pertinent footage at about the 6-minute mark). 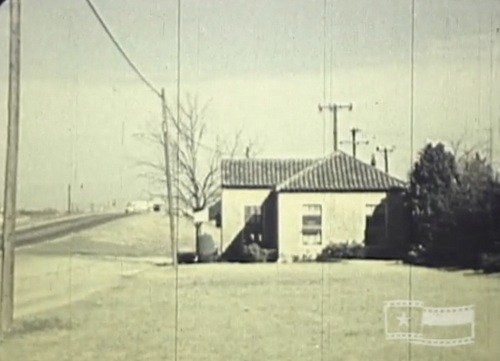 And here’s the little house from the front: 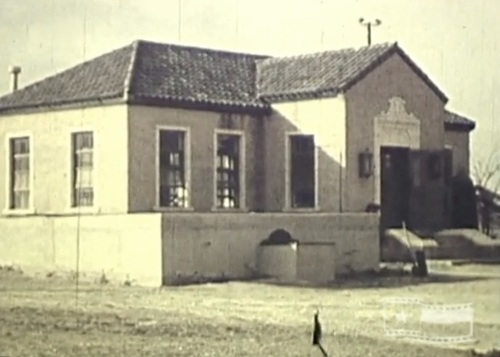 And here it is today, as seen in a moody April, 2019 Google Street View capture:

I can’t believe I’ve never actually bothered to look for this, but check out this aerial view showing the water department property, looking to the east, with Greenville Avenue running horizontally at the bottom and Mockingbird Lane at the right, via Google Maps:

If anyone knows what’s inside the charming little house, I’d love to know. I’d also love to see other photos of it through the years, inside and out.

I still kind of want to live there. But I’d really do something about that poor metal awning over the door (come on, DWU!). Plant a few flowers. And maybe hang some cheerful curtains.

All thanks to John Botefuhr for posting the link to the Department of Waterworks film on the Lakewood 1925-1985 Facebook group. The film is from the Dallas Municipal Archives and is posted on the website of the Texas Archive of the Moving Image (TAMI), here (“dream house” sequence begins at around the 5:59 mark).

The silent film is just over 10 minutes long and has a lot of interesting footage of what the Dept. of Waterworks was doing around the city at the time. There are a lot of familiar (and unfamiliar) landmarks sprinkled throughout. If someone you know was a waterworks employee, you might see a familiar face.

Even though it appears to have been abandoned, I’m glad “my” little house still stands — it makes me happy every time I pass by.

10 Comments to “My Dream House at the Greenville Avenue Reservoir”