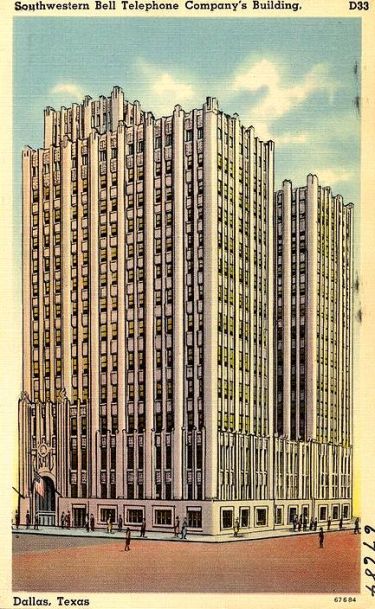 From the book Dallas Landmarks:

Dallas’ first telephone exchange opened on June 1, 1881, with 40 subscribers. There were several competing telephone companies before 1925 when Southwestern Bell became the sole provider. The number of telephones in used quickly soared from 30,000 in 1922 to 200,000 in 1949.

The relatively few telephone subscribers at the time the building was going up might explain this folksy little notice about a “personal telephone directory” that the fine folks at Southwestern Bell have been working on night and day, just for you. Next time you’re in the neighborhood, why don’t you just drop right on in and pick one up? Set a spell. Take your shoes off. Y’hear?

Quaint little ol’ phone book ad, from, of all places, the Nov. 1928 issue of “The Stampede,” the school magazine published by and for the students of Sunset High School in Oak Cliff.