Above, an unusual postcard for Methodist Hospital — “An Autumn View From a Window.” The hospital was located in Oak Cliff at 301 Colorado Street — built in 1927, demolished in 1994. The card is postmarked 1944. Below are two other images.

Below, the Lemly Chiropractic Clinic of Dr. F. Lee Lemly at 808 N. Bishop in Oak Cliff (this was also the residence of his family). The house is still standing.

A circa-1910s pretty view of City Park (part of which still hangs on as the site of Dallas Heritage Village in The Cedars):

Another postcard from The Cedars/South Dallas, once home to a large, vibrant Jewish community, this one shows the Colonial Hill home of insurance man Sidney Reinhardt (1864-1924) at 277 South Boulevard (now renumbered as 1825 South Blvd.). The house was built around 1907, and this postcard appeared before 1911. The house — in what is now designated as the South Boulevard-Park Row Historic District — still stands. 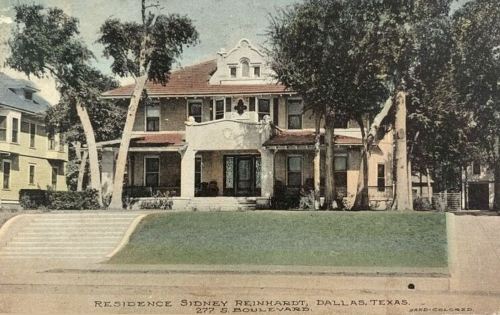 Here’s the Flower-A-Day Shop at the corner of Knox and Travis; the building is still there, but it’s nowhere near as charming today as it was when this postcard was mailed in 1955. 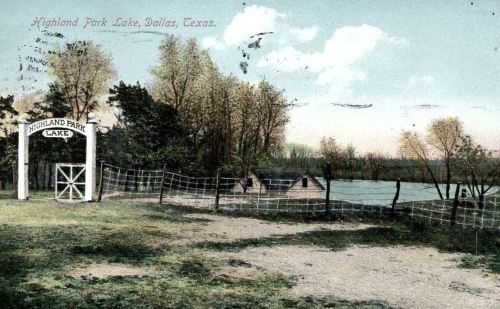 Most of these postcards were found on eBay.

2 Comments to “A Few Random Postcards”