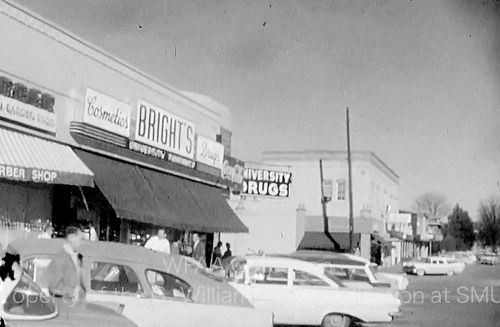 This week the G. William Jones Film & Video Collection at SMU posted another fantastic clip from their WFAA News archive on their YouTube channel. This one shows an incident I had heard about since I was a child. It shows a peaceful “sit-in” demonstration at the University Pharmacy at the southwest corner of Hillcrest and McFarlin, across from the SMU campus. The sit-in was organized by theology students at SMU’s Perkins School of Theology to protest the owner’s refusal to serve Black customers at his lunch counter. The student demonstration was conducted by a group of silent students — it was a peaceful protest without violence. Until, that is, the owner, pharmacist C. R. Bright, called in a fumigator to set off a cloud of insecticide inside the pharmacy in an extreme attempt to run off the protestors. The students did not leave until Bright closed the drug store. Many of the students then picketed in front of the business as anti-protestor demonstrators showed up to heckle and jeer, some waving little Confederate flags handed out by Bright. My mother, who lived nearby at the time and had recently graduated from SMU (but was not a theology student) was there, and she says she can still feel the burn of that pesticide in her throat and says that no one present that day could believe a person would do what Bright did. (And she’s in it! She’s seen sitting at the counter, engulfed by a cloud of insecticide.)

Here is the silent clip from January 9, 1961 (the direct link on YouTube is here):

I took the photo below at an exhibit at the downtown Dallas Public Library in 2017. It shows the students outside the pharmacy as a crowd jeers at them.

In 1961, African Americans were routinely refused service at white-owned establishments in Dallas (as they were in the rest of the Jim Crow South). The sit-in at the University Pharmacy was the result of a Black theology student being refused service at Bright’s lunch counter. There had been a small demonstration at the drug store a couple of nights before the one seen in the film above — it ended when Bright closed early.

The sit-in that grabbed the headlines began around 10:00 on the morning of Monday, Jan. 9, 1961, when 60-75 SMU students, including Black theology students Earl Allen and Darnell Thomas, entered the drug store and sat silently at the counter and in booths. Allen and Darnell were refused service. In protest, the large group of students refused to leave. After about an hour, Bright was quoted by a WBAP news reporter as saying, “This is a good time to kill some cockroaches…” and called an exterminator service. When the exterminators arrived, they turned on fumigating machines inside the business, filling the place with clouds of kerosene-based insecticide which covered the students, the lunch counters, the dishes, the food, and the store’s merchandise. (Bright was a pharmacist, who was no doubt aware of potential physical harm this would cause.)

The students sat there, breathing through handkerchiefs and holding their ground, silent. A University Park policeman, Lt. John Ryan was there, but the police were not actively involved (although Ryan did have a handy gas mask). After half an hour, the students left when Bright closed the store. Bright re-opened an hour or two later (the lunch counter remained closed). Students silently picketed as hecklers jeered.

The SMU student newspaper — The SMU Campus — covered the sit-in. The article contained an unsurprising, unapologetic quote from the 75-year-old C. R. Bright:

Bright steadfastly refuses to integrate his lunch counter. Says the drug store owner, “We are not serving them now and we’ll never serve them.” He continues to explain that it “is against my principle” and “I know it would wreck my business.” (The SMU Campus, Feb. 1, 1961)

Bright retired soon after and sold the business to an up-and-coming young whippersnapper named Harold Simmons, who went on to build a multi-multi-multi-million-dollar empire from that first business investment. 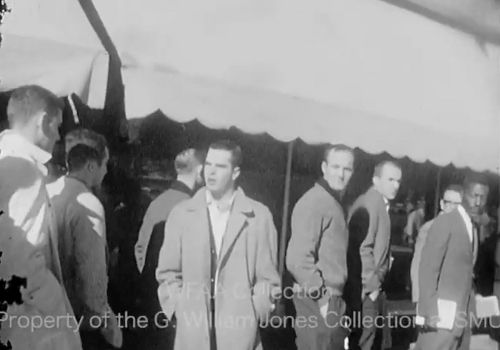 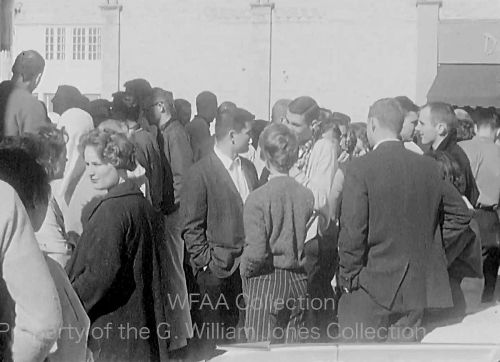 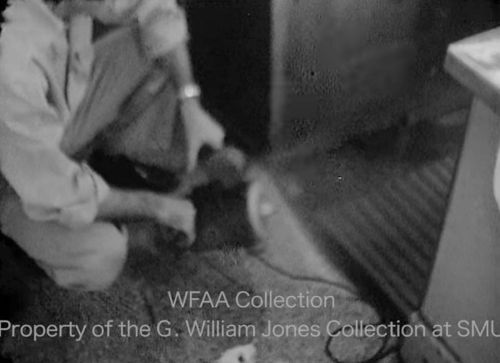 UPDATE, BURY THE LEDE DEPT: Thanks to comments by two readers, I have learned that Christopher R. Bright was the father of former Dallas Cowboys owner H. R. “Bum” Bright. Oh dear.

Read coverage of the sit-in (as well as a critical editorial which called the protest “immoral”) in the Feb. 1, 1961 edition of The SMU Campus, the student newspaper — it can be accessed on the SMU Libraries website here, or it can be read in a PDF I’ve made, here.

Read a lively account of the sit-in in a WBAP-Channel 5 news script here (via the Portal to Texas History).

For those with access to the Dallas Morning News archives, the incident is covered in an article by Jim Lehrer: “Protesting Students Sit In, Walk Picket Line at Store” (DMN, Jan. 10, 1961).

Another great clip showing a historical lunch-counter protest in Dallas (the city’s first, I believe) in April of 1960 is also available on the SMU Jones Film YouTube channel — it can be viewed here. Here is a description of what’s happening in the footage: “Rev. Ashton Jones, a white minister from Los Angeles, and Rev. T. D. R. V. Thompson, Black pastor of the New Jerusalem Institutional Missionary Baptist Church, 2100 Second Avenue, together visit segregated lunch counters in downtown Dallas department stores; the peaceful sit-in protests take place at the counters of the Kress Department Store, the H. L. Green Department Store, and the Tea Room of Sanger Bros. department store. This was the first publicized demonstration against Dallas’ segregated eating establishments, and several members of the media — both white and African American — are covering the historic event (Silent).”