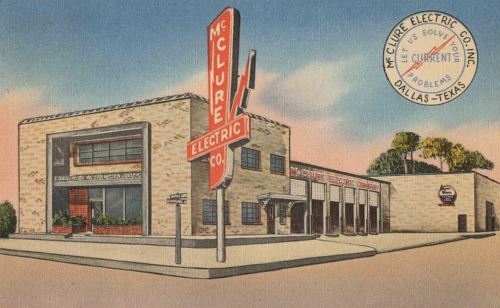 This is one of those idealized postcards from the ’40s and ’50s in which everything looks more pristine and perfect than was ever possible in real life. I love the postcard-version of this building, located at 2633 Swiss Avenue. And, glory be, it’s still standing — it just doesn’t look anywhere near as nice as it does in this postcard. (Why must people paint brick buildings? It looked so much better in 1952 when it was brand new. Today it looks like this.)

The McClure Electric Co. — which started life as the Emerson-McClure Electric Co. in 1922 — moved into their swanky new digs at Swiss and Cantegral in early 1952 and remained in business there until at least 1966. In the early ’70s, the building was home to Jim Dandy Fast Foods/Jim Dandy Fried Chicken for several years. Later, it appears that it might have been split up into office space. Currently it seems to be a fruit and vegetable produce company.

And that poor building has lost all its character. 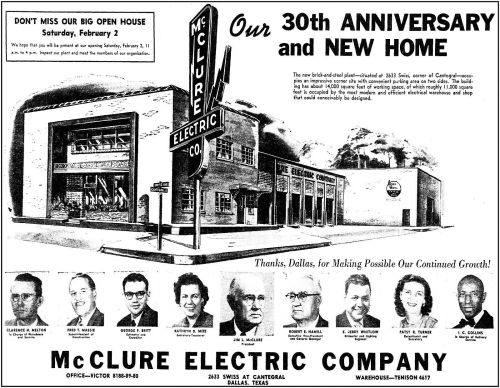 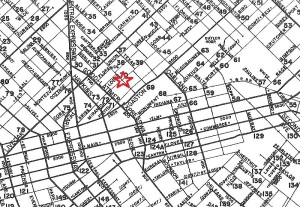 More on the McClure company’s grand opening at this Swiss Avenue location can be found in the Dallas Morning News article “McClure Electric Company At Home in Modern Plant” (DMN, Feb. 1, 1952).