Dallas’ Ford Dealerships in the 1920s: Authorized for Your Protection

Dallas has always been a big car town, getting its first look at a “horseless carriage” way back in 1899 when E.H.R. Green sped into town at 15 m.p.h. and startled the citizenry. By 1903, The Dallas Morning News was bragging that Dallas had more privately owned cars than any other city its size in the South (“over 40”). By 1909, the Ford Motor Company had a Model T service center in the city, and in 1914, Ford opened an important regional assembly plant downtown (which later moved to more spacious digs on East Grand).

For many years, there were six — and only six — authorized Ford dealers in town. In several ads of the period, “automobilists” were stringently warned to avoid “bogus” agents offering counterfeit Ford parts. (Accept no knock-offs!) Below, the six authorized Ford dealers operating in Dallas in the 1920s. (All photos are larger when clicked.)

The Flippen Auto Company, 1917 Ross Ave. The building took up part of the block now occupied by the Dallas Museum of Art.

Lamberth Motor Company, 3800 Main St. This building, not far from Fair Park, is at Main and S. Washington and later became part of the Fritos factory. With the building’s renovations over the years, it’s a little difficult to tell, but I think this building is still standing (and is the only one of these six buildings that has survived). To see what this building has looked like over the years, see my previous post, “3800 Main: Fritos Central,” here.

The John E. Morriss Company, 132 North Lancaster Ave., Oak Cliff. I’m not positive, but I think this may have been where Hector P. Garcia Middle School now stands. 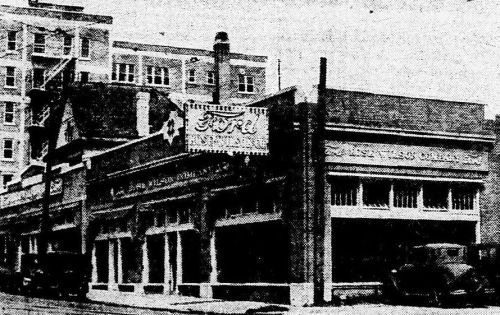 Rose-Wilson Company, 1218 South Ervay St. In the Cedars, one block north of the Ambassador Hotel. 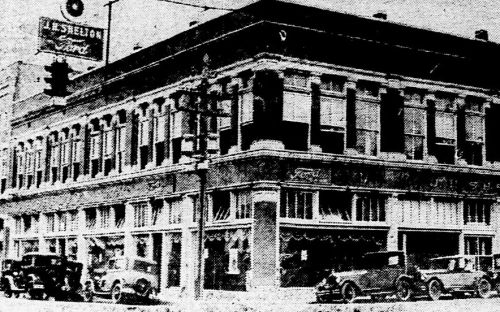 J. H. Shelton & Company, 2311 Main St., at the very edge of Deep Ellum. The buildings seen here were right about where Central Expressway crosses over Main.

9 Comments to “Dallas’ Ford Dealerships in the 1920s: Authorized for Your Protection”